Uganda’s Chimpanzee Population on the Rise

Our Guide said,”Jump here”. We stopped and had a look at the ground at the mass of bamboo twigs and leaves. “Why?”, I asked. After all it looked like any other part of the forest. “There may be a mine there”, was his reply. So we all obediently jumped at that point!! We were in the south of the Rwenzori Mountains surveying the forest for its chimpanzees.

This was the final forest in a four year census of the chimps of Uganda. The field teams had started in Bugoma Forest Reserve in June 1999 and walked over 4,600km through 20 forests in western Uganda, where chimps occur. Wherever we went we worked with people who knew the forest and could guide us through it particularly in places such as Rwenzoris and Semuliki Park.

This was the first effort to completely census the chimps population in Uganda. Previously scientists had guessed that there may be between 3000 – 4000 chimps but nobody knew for sure. The census was carried out by the Wildlife Conservation Society and the Jane Goodall Institute in collaboration with the Uganda Wildlife Authority and Forest Department. It is important to know how many chimps are in each forest because then we monitor their population overtime to see if the numbers are increasing or decreasing.

Chimps build a nest each night to sleep in and these are used to count over a three month period. From this you can calculate the density of chimpanzees in the forest. The results produced a total of 4,950 chimpanzees in the whole country.

Chimpanzees are globally recognized as an endangered species as their numbers are declining rapidly across the continent. Chimpanzees are our closest living relative, sharing 98% of our genes and in many ways resemble us in their behaviours. It is important that the few that remain in Uganda are protected. Mountain gorillas are well known tourist attraction in Uganda but chimpanzees are not promoted as much. Yet Uganda is the best country in the world to view chimpanzees, coupled with the fact that there are mountain gorillas and 18 other species of primate; should make Uganda the premier primate destination for tourists in Africa if not the world. 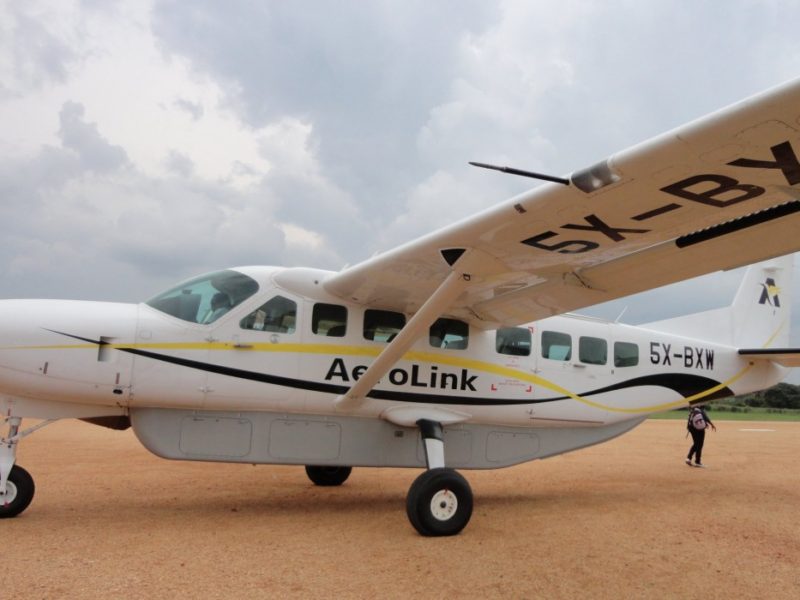